Who's surprised Jaybird's W is for Wolverine? You had to know this was coming!  But who could have guessed what was coming for Hugh Jackman recently? Did any of you happen to hear the crazy-ass shiz that just went down with a stalker and my favorite X-man of all time? 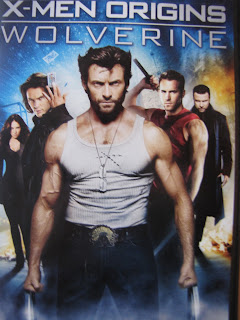 I know I often joke around about me stalking Hugh Jackman here on my blog but for the love of God, Jaybird is mostly kidding! This woman, who was really stalking Wolverine,  took things to a whole new level. She assaulted him with her pubes!! That wasn't a typo. She assaulted him With Her Pubic Hair.

Here's the low down on what happened: Last week, the brilliant and amazing HJ was minding his own business, working out at his West Village gym like always, when a psycho-ass fan attacked him with her freaking pubic hair! Forty-seven-year-old Kathleen Thurston allegedly followed Wolverine to the gym and managed to slip past security, throwing an electric razor full of her pubes at him while screaming, “I love you!”  Uh, what the hell is wrong with people? Does it seem like the whole world has lost their damn minds lately or is it just me?

Come on lady, we all love Hugh Jackman, but do you honestly think throwing your nasty pubes at him was a best way to snag his love?  The crazy beotch ran, but was arrested only about a block away and promptly charged with stalking. Apparently, she’d been tracking HJ for a while. She's showed up at both his home and his daughter’s school before. Which must have been so scary for him and his wife Deb, not to mention his poor daughter!

Despite the disgusting nature of the attack Jackman as always, remained gracious and incredibly kind when he was asked by TMZ about the insane assault. HJ reportedly said: “Here’s a woman who obviously needs help. I just hope she gets the help she needs.”

Honestly, what a gentleman. He still manages to keep things classy after getting assaulted with gnarly lady bits. He just wishes she gets the help she needs. Gotta love that guy!!  But rest assure, no matter how much this fangirl may love him, the day will NEVER come where I wake up in the morning, drink a cup a coffee and think to myself, hmm, today seems like a fine day to shave my crotch and throw my pubes at Wolverine!!!  (I am literally cringing every time I have to type that. Just the thought of it is beyond disgusting. Poor HJ, cripes!!)
Posted by jaybird at 8:09 AM