In honor of  Valentine's Day, I decided to do a little mini-series on the topic of romance. If you're interested, yesterday was Episode One, the topic Do Opposite's Attract?

Today I'm back with Episode Deuce:  I'd Do Anything For Love, But I Won't Do That.  Before I get into it, I just wanted to thank Tamara from One Magic Bean Buyer for gifting me with this Premio Cutie Pie award. Thanks so much for the award and shout out on your blog Tamara!! It was very much appreciated. 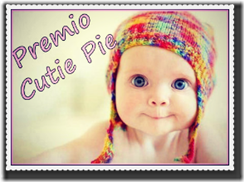 On to today's topic.What would you do for love? Where do you draw the line? What's the craziest, funniest, scariest or most outrageous thing you ever did for love? Maybe you know a  story about someone who went to great lengths to land someone they love? Cause, um,  I may have one or two...

I know a certain boy (let's just refer to him as Justin) who had a ginormous crush on this girl. Unfortunately, she was the beautiful mean kind of girl who always had multiple guys she was stringing along. I kept telling Justin, she was not really into him, she was just taking advantage of his sweet, naive nature and using him. Justin refused to believe me or hear anything I had to say about her. So, she continued to take advantage of this crush on multiple occasions. She kept Justin on a short leash. Everyone around him knew that he was being played, but he refused to believe it. Until one night, after she blew Justin off to go out WITH ANOTHER DUDE, she was driving home in a remote and kind of  sketchy part of town at 2:00 a.m. when her tire blew. Guess who she called? Yep.  Justin. And that sucker jumped up and drove an hour to go "save" her even though he had an important meeting at work and needed to report in early the next day. Imagine his surprise when he arrived on the scene and there was some random dude, sitting in the car making out with his girl!! By the time he got home from "saving" her, he was crushed, pissed and totally spent. The next morning, Justin slept straight through his alarm, never did quite make it to his meeting on time and got fired-all for love :(

Once, a very loooong time ago, I had just met a guy at school who asked me out. I never even went on one date with the guy when I received a random collect call from him. Apparently, he used his one phone call on me. Not smart. He starts hollering at me that  I needed to come right down to jail and bail him out  because it was all my fault he was there  in the first place. Really Not Smart. And, uh, what? I barely even knew this guy. Why was he blaming me for getting locked up? He proceeded to tell me it was all my fault he got locked up because he couldn't afford to take me out and buy me nice things, so he had to do something dirty. YEP. That was his excuse. Needless to say, I did not  bail him out.

So, what would you do for love? Have any stories for me?  Let me know what you think.
Posted by jaybird at 9:23 AM