Hey Guys- Please indulge me here, not only because (it's my birthday) but because I have two posts for you: My IWSG and The Bird's Nest is extremely excited to be able to host the fabulous Jaycee DeLorenzo on her The Truths about Dating and Mating blog tour. Take it away Jaycee!! 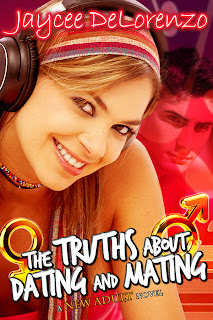 Ivy’s mother, Angela, has an entire menu planned out in what I’ve dubbed the How to Get a Man Dinner, and today, thanks to the lovely Jaybird, I’m sharing two really delicious recipes that you’ll find on that menu (and often in my own home).
Enjoy!
XOXO, 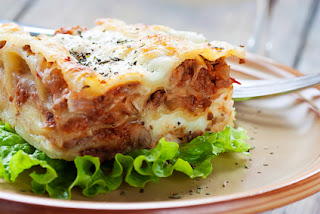 Directions:
In a skillet, cook beef, onion, garlic, and mushrooms over medium heat until meat is no longer pink and onion is transparent; drain well. Return mixture to sauce pan and add tomato sauce, diced tomatoes, seasoning, and ½ cup water. Let simmer, uncovered, for 1 hour or until thick.

In a bowl, combine cottage cheese, Parmesan, cheddar, 1 cup mozzarella and eggs. Pour ½ cup of sauce on bottom of pan, then cover with 3 of the prepared lasagna noodles. Spread a layer of cheese over noodles, add 1 cup of the sauce over that, and top with a layer of fresh, uncooked spinach. Repeat layering three more times. Put remaining mozzarella over the top.


Seduce Him With Flourless Chocolate Cake: 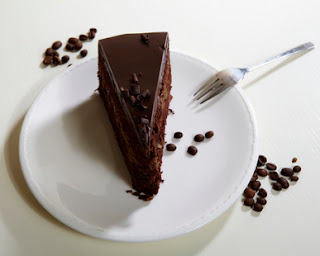 In a small, microwave-safe bowl, melt together dark/bittersweet chocolate and butter, stirring with a fork until very smooth.

Pour warm chocolate mixture into a medium mixing bowl with sugar. Whisk to combine. Beat in eggs one at a time, waiting until each has been fully incorporated to add the next. Then, mix in vanilla extract and cinnamon. Sift cocoa powder into the bowl and whisk until well-combined.

Allow cake to cool in pan for 5 minutes, then run a knife around the edge of the cake and invert onto a serving platter.

Melt remaining 4-oz of chocolate and add in heavy cream. When well-mixed, pour over the top of the cake. Let chill for at least ten minutes, then serve.


If desired, garnish with fresh raspberries.


The Truths about Dating and Mating


Spunky Italian coed Ivy Rossini likes to talk and push the boundaries. She gets to do both as she co-hosts Riordan College’s radio program, The Truths about Dating and Mating, alongside her lifelong best friend, Ian Hollister.

Being the only girl who cares to see beyond Ian’s bad boy reputation has its advantages, especially when he’s scaring off the jerks who just want to nail the campus sex-guru. It’s when he’s “protecting” her from the advances she welcomes that she wants to lob him over the head and tell him to butt out. But Ivy feels like she’s the one who’s taken a hit when Ian almost kisses her at a party. She knows she should feel relieved when he pulls away, so why is she disappointed instead?

What’s worse, Ivy’s now getting aroused by Ian’s slightest touch and can’t stop entertaining thoughts of a romantic future. But Ian doesn’t do relationships, and she’s not interested in anything casual. In the end, Ivy decides it’s best to keep her growing feelings a secret and hope they’ll pass. However, when Ian begins hinting at wanting to take things to the next level, she’s forced to decide if a chance at something more is worth risking everything they’ve built.

With their friendship and her heart hanging in the balance, can Ivy follow the advice she and Ian give their listeners - to communicate, be honest, and trust in themselves - or will insecurity, stubbornness, and pride ruin any chance of their relationship getting off the ground? 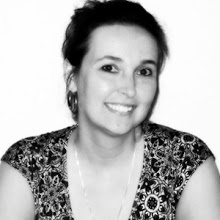 Jaycee DeLorenzo hails from Tucson, Arizona, on the outskirts of the Saguaro National Park – which she believes to be the most beautiful spread of desert in the world. By day, Jaycee is an English language teacher to elementary students. By night, she’s a wife, mother, writer, cover artist, website designer, and blogger. In her spare time, she enjoys reading, cooking, singing (very poorly), catching up on her favorite T.V. shows, and researching.


The Truths about Dating and Mating is Jaycee's debut novel, and the first in a series centering around students of the fictitious Riordan College.


Find me on the web:


Along with my tour, I’m doing a rafflecopter giveaway!